The “dark” translation of Batman’s never-ending battle with the Joker to the silver screen, TDK is a perplexing piece for me mostly because I don’t like it. One of the most revered films in recent memory with a following I’ve found to contain just as many well-mannered lovers of cinema as it does vile hate-spewing nutters, it’s a dislike born partly of its reputation. I saw this “best film ever” a short while after it came out and thought very little of it even before I actually watched ‘good’ movies. The only pool of reference I had were films like Predator and Con Air and yet back in ’09 when I was just 11 years old and got my hands on the DVD there was little to love; I recognized none of the greatness so many harped on about and felt cheated. I have no notions of self-importance when saying this but now, seven years on, I’ve seen films from the farthest corners of the world, ranging from A Trip To The Moon in 1902 to Deadpool just recently and a hell of a lot in-between. Sufficed to say that now my pool of reference is wide enough to accommodate a proper analysis of TDK and moreover make me actually feel confident in the fact I just don’t like it. At all. There is an issue of subjectivity here in that I love films that say something, either emotionally or intelligently, so a ‘cool’ movie like TDK with delusions of grandeur in its ethical questions simply doesn’t compare to any of the 'best' films I've ever seen with their own earnest endeavors at crafting resonant stories. I’m sure a lot of people will stop reading when I say that Noe’s Irréversible could quite possibly be the best film of the last decade for me and that TDK doesn’t even make the top 150, even though that film is a '57%' and TDK is a '94%' but on that note I’d like to address something: Reception. So many people I know have said “The Dark Knight is an objectively great film, as you can tell by reading reviews- just look at Rotten Tomatoes or IMDB” First off... Not what objectively means. Second: Critical consensus is the measure of how well a film has impacted its audience, true, but each opinion (if everyone is hopefully secure enough to not just follow the crowd) is exclusive to the individual. You can say that TDK is the best film ever because it’s got a high rating by critics but by that logic surely you’re wrong if you take Tokyo Story on Rotten Tomatoes or Shawshank on IMDB, both rated higher overall. My point is that to take a random ranking from a bunch of people as concrete evidence for a film’s worth is just asinine, we shouldn’t feel the need to have other’s opinions cloud or even totally rule our own only inform them to an extent. The aim of this review is to try and shed some light on why I don’t like TDK, not why you shouldn’t. I’m attempting to invite an interesting dialogue between people who are ready to rip the film apart to find both the good and the bad tucked away in every cut, shot and occasional line of clunky expository dialogue. I’m sure saying ‘I don’t like the dark knight’ will attract hate regardless of how I try to defend my position but to those still reading with relative interest, shall we crack on?

Continue Reading...
Posted by Mark Woollon at 09:29 No comments: 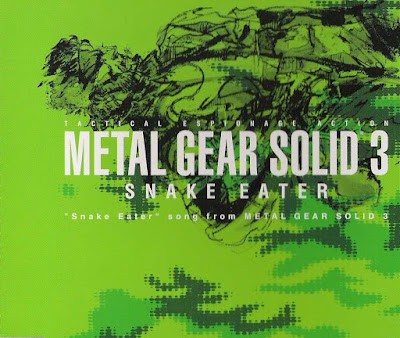 Metal Gear Solid 3: Snake Eater is the 2004 prequel to the first two games in the MGS series (in themselves re-boots of the NES classic Metal Gear) set during the ‘60s and following ‘Naked Snake’ who would go on to become the Boss and Big Boss and then Solid Snake and so on or whatever. The story in this series has never sold me as much as its game-play and the occasional fun to be found in Hideo Kojima’s ridiculous writing. Sorry to all those who’ve played this and expect a gushy fan-boy review, I didn’t grow up with any of these and only recently played up through the series so there’ll be no nostalgia here. That being said: Shall we dance? 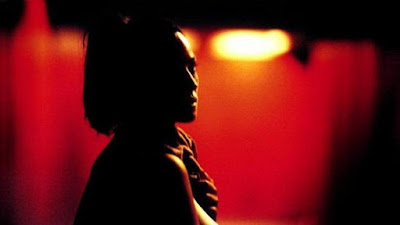 The story of a young woman’s rape and the devastating path of revenge her friends follow in its wake- Irréversible is about as difficult as movies get. Not only does it contain one of cinema’s most violent scenes, but indeed opens with a discussion between two characters totally irrelevant to the plot- whom we never see again- which drones on and on- and most importantly is shot in a lurching, loose style that spins our perception of the world total out of whack. In essence: Gaspar Noé shows us right from the get-go that this isn’t going to play to regular conventions- that there is no solace from this film’s pain, only an open hand beckoning you to dive in and embrace its chaos.

Continue Reading...
Posted by Mark Woollon at 16:20 No comments: 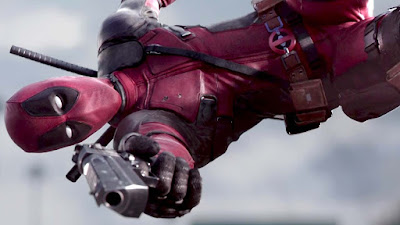 The film Deadpool follows Wade Wilson a wandering, um… Okay the Deadpool from the comic books was a mercenary diagnosed with cancer and offered a chance at new life under the Weapon X programme (i.e. the bad boys who gave Wolverine his adamantium skeleton) but is effectively double-crossed by them, leaving him horribly scarred and out-of-touch with his old love. The experiments did also give the man superhuman powers and invulnerability however, leading to his bad-ass pursuit of revenge Dantes-style except with a lot less well-written complexity and a lot more fan-wank.

Continue Reading...
Posted by Mark Woollon at 15:27 No comments: 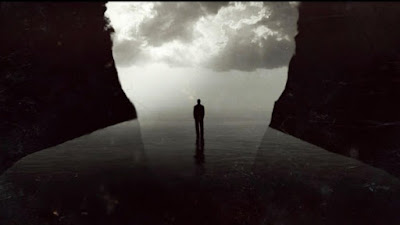 Following two detectives’ 17 year hunt for a serial Killer across the Deep SOUTH- True Detective drives it home for me just how big the quality gap between great TV and great film is. I'm probably in the minority here- but contemporary TV, despite so many declaring the medium is in its ‘golden age’- doesn’t really excite me like modern movies do. There is an admirable succinctity to cinema in comparison to the vast time-span TV has to work with to flesh out its characters and plot-points; where movies usually have a matter of minutes. Ironically enough though, this ‘extra time’ led True Detective to wane at points for me- for whole scenes to feel like filler for the meaty, mysterious work we all came to see. 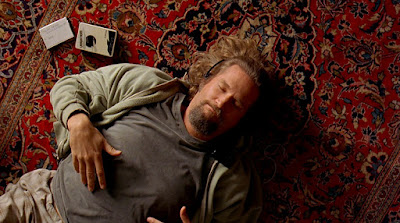 The story of Jeffery ‘The Dude’ Lebowski, his friends, a bowling tournament, aggressive German nihilists, expensive blowjobs and a very fucking frightening ferret- The Big Lebowski is the very definition of an about-face movie for me. Originally, like many, I saw very little of the inherent greatness so many talk about. There have been books written about it, conventions, cos-players and genuine assertions that it is a complete, flawless masterpiece of a movie. I'm not saying I get all of this now- far from it. The Big Lebowski didn’t trigger some epiphany of filmic purpose in me; it didn’t instill me with a love for the Coens nor really elevate the movie much higher than I had it beforehand. I did, however- absolutely love watching it.

Continue Reading...
Posted by Mark Woollon at 22:10 No comments: 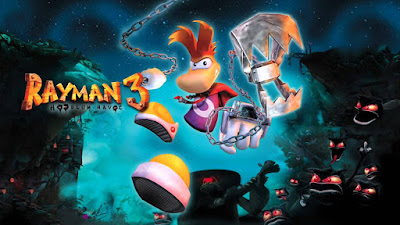 The oft forgotten bastard-child of the Rayman franchise (along with ‘M’) stuck between what some call one of the finer platformers ever made in 2 [Ze Great Escape] and what I agree is a fantastic refreshing of the series in Origins- Rayman 3: Hoodlum Havoc is, to my mind, a gem that needs some love. It’s far from perfect and if you want a really good platformer you had better look somewhere else- but there is a style and a charm to this game absent from its much adored predecessor I thought we’d touch upon today. So: Shall we dance?

Continue Reading...
Posted by Mark Woollon at 13:32 No comments:

The story of a nameless wandering warrior (Jet Li) told almost wholly through flashbacks in homage to Kurosawa’s Rashomon, HERO has- as far as I'm aware- quite a devoted cult following who praise it as one of the finest films of its genre, if not the best, even above the likes of it’s pioneering fore-father Crouching Tiger, Hidden Dragon released two years earlier at the advent of the millennium. To me however, HERO is barley even a film…

Continue Reading...
Posted by Mark Woollon at 15:46 No comments: 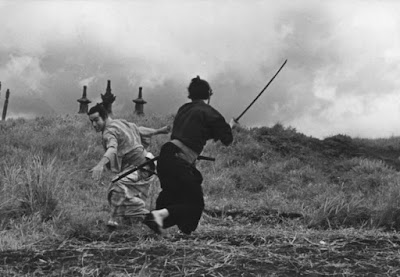 Harakiri is the story of a master-less Samurai [Ronin] who wanders into a castle and requests to commit Hara-kiri (which you may know as Seppuku) - a ritual suicide perceived as among the most honorable deaths for the warriors of Japan. Though as this man is drawn into the castle and his death laid out before him- it is clear all is not as it seems. Honestly to give away Harakiri would be a grave mis-step on my part- so I’ll try to convince you to get through it- if anything else…

Continue Reading...
Posted by Mark Woollon at 15:54 No comments: 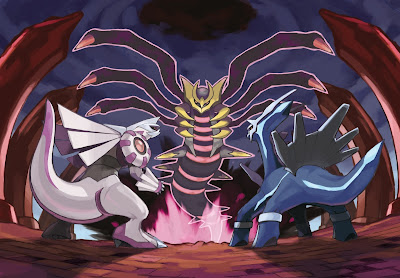 It’s hard to decide, after over a decade with them, whether I actually enjoy RPG combat or not. On the one hand, Pokémon is all about finding your strategy: Building up a team of varied types packing moves to complement their strengths and cover their weaknesses. Beyond that, in neutral damage- it’s all about what attack is strongest in order to bridge that gap. This quickly becomes routine- and I see how such a design in the combat system effectively has you mashing A for an entire game without much pause for strategy or room for more complex combat. Whilst this could be seen as a flaw- don’t all games act like this? Is pressing a button to play a pre-rendered combat move really any different from the stagnancy I can feel plaguing RPGs like Pokémon? God Hand allowed the player to invent their own combos; a fantastic- immersive mechanic that again themes really damn well, but at the same time it’s just another animation we cannot directly control. As we saw from the Kinect- Motion controls probably aren’t the solution right now- but what then? VR? I find it hard to express my love for these games given the glaring flaws I find in such a system of combat. The Pokémon TV show and movies had constant action- ignoring any rules about the turn-based system established in the games, so why not follow suit? Bigger and better Pokémon games have allowed 3D graphics and fully rendered battle environments- so why not set such a conflict in those with the nature of an actual conflict? It’s far more engaging, at least for me, to be involved through skill in dodging or landing any given attack- rather than leaving it with the luck of a random number generator; Whilst each game the new game features interesting new additions to the Pokédex- are these not just a set of paint plastered over a slot machine? Pokémon has charm, something very few games today can muster- but does this flow from Nostalgia, rather than gameplay that is fundamentally solid?

Continue Reading...
Posted by Mark Woollon at 20:59 No comments: