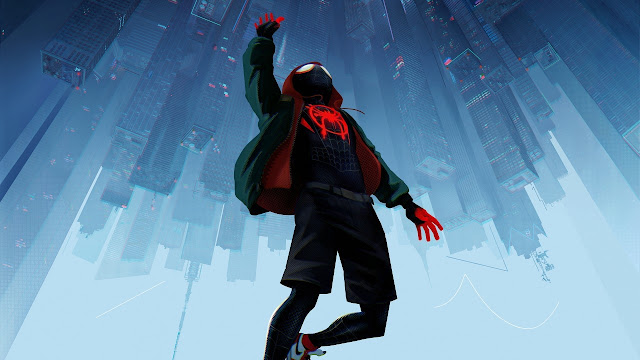 Spider Man: Into the Spider-Verse oozes its very own brand of jubilant energy. From the tongue-in-cheek opening scene to the divine post-credits gag it is perhaps the film that has most freely and expressively made use of the Marvel licence since the first Iron Man rocked the world way back in 2008.

Its infinite visual stamina for sight gags and split-second references almost reminds me of the non-stop editing of an Edgar Wright film- except less Monster Energy and more masterful wonder: Skipping along with a clean understanding of animation’s limitless potential not only in design but storytelling- freeing itself into a world of comic panels and split storylines to fire off like a bullet with butterfly wings.


I really had to fight to appreciate its art style and its focus on wit over wisdom still leaves it a little short of something as earnest as Spider-Man 2- but this tri-directed treasure was already pigeonholed by the long-suffering cash-grab abuse of its titular character and the way it shattered that twenty-year mould without a care in the world should honestly make the MCU more than a little nervous. 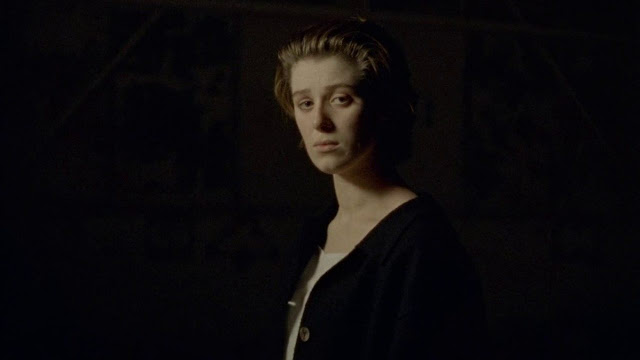 Given the next week is designed to finally catch films I’ve been desperate to see for ages; I hate to start so ruthless- and I can only promise to be brief. The Souvenir is vile. Joanna Hogg’s abjectly autobiographical Jackson Pollock of a ghastly, anaemic ‘love’ affair seeks bewildered applause for its decidedly banal story- slicing it up into so many little pieces that the overwhelmingly abhorrent structure might be misconstrued for Byzantine complexity instead of conceited student-film slop.

It wears its self-‘confessed’ privilege like a badge of noble dishonour, injecting contemporary politics into the pallid lifestream of its listless, weightless half-moments as if social currency might inflate their flaccidity with some enduring purpose- though we can’t exactly take credit for being “woke” (someone catch my bile) in a sickly 16mm saccharine post-pack of the early 1980s. If Hogg’s muttered pitch was to capture the savage beauty of elliptical love, she might have taken a page out of Pawel Pawlikowski’s book and made it about two people I don’t want to throttle.

The Souvenir’s couple, bled paper-thin by the inept intangibility of their schizophrenic screentime, are done few favours by Hogg’s spineless self-insert: Reflecting on her character with an aged confidence so blinding that even a style as obnoxious as this runs completely untempered. The grand irony of her film’s skin-shedding discomfort in its own social environment is that it seems tailor made for the Mephistophelian superficiality of the “art-house in-crowd”, enjoyed by people over glasses of champagne with their feet up on their corgis and a smug sense of superiority tickling the ego where great cinema should be touching the heart. The Souvenir seems uninterested in building one, settling for no more than a minute at a time before distractingly itself with another chillingly vile conversation, or rectum-gazing piece of framing. It entitles itself an entrance to the gallery, but to be frank I’d probably burn it to save it stinking up the rest of the garbage.
Continue Reading...
Posted by Mark Woollon at 22:20 1 comment: 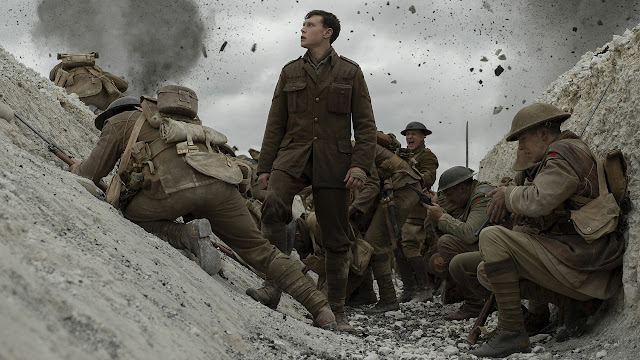 For depicting a conflict as unremittingly savage, fetid and unconscionably wasteful as World War One- 1917 emerges from its two hours of precisely placed muck remarkably clean. Its trenches gleam with Hollywood polish, each helmet rim tended to catch the light of the sun, each brutal wound and rotting corpse flashed just long enough so the shock doesn’t catch its breath- and every moment a mess of contrivances so performativley in-tune with the set path of the camera that it’s almost impossible to believe they’re true. What great respect 1917 pays to the casualties of war in life it quickly loses in the gleaming absence of blood and bitterness. Be it the whim of Director Sam Mendes, Cinematographer Rodger Deakins or the executives behind its mid-mature rating- the film sees war buffed up to a sickly shine add grave odds with the history of truth it’s now long dead combatants shared.

From a technical standpoint it’s been called ‘pure cinema’, but personally that honour comes from film merging with life so seamlessly that you forget the world around you- rather than life lugging fuel for film to spread its wings and be as pretty as possible. The terminal weight slowly squeezing the reality of Mendes’ vision like the pincers of a vice is the number of moments any film-maker not shackled to the gimmick would have cut. 1917 surrenders to its single-take strategy so completely that creative intuition is throttled for the sake of perpetuating the ruse, when all the film achieves by ignoring natural lulls in its grand stage-act is pushing me further from its heart.

I was struck by the rousing beauty of its night-time sequence shot in raging firelight, sparking bullets and ghoulish flares by an Oscar-assured Rodger Deakins, as well as the last extra-swamped act of bravery that finally married the film’s omnipresently bland video-game score to something it could elevate, but at the same time I wondered how a stronger script by Mendes and Krysty Wilson-Cairns could have endeared us to these men before they bled out for the sake of a dramatic kick. The considerable downtime afforded to the writers by its one-take nature was begging for meaningful conversation with some light on the people paramount to carrying this technical vessel beyond its embossed artifice but neither writer was able to provide, isolating their main character too early and refusing them the respite to let us learn what makes them tick. Reflecting on the film has actually brought me back to Martin Scorsese’s infamous comments about “theme-park” movies, which he later qualified as one-track rides that like Uncharted games control the flow of action so tightly that they almost seem afraid to let go and allow their characters time to breathe. So while it’s pretty and a genuine logistical marvel two hours is too long for that immediate wonder to survive. In the end, 1917 makes a rollercoaster out of the First World War.

I’ve seen some reviewers on Letterboxd in particular decry themselves enemies of ‘long takes’ and decree that the cut is the essence of film-making. All I can say is that art is a universe in itself, infinite in possibility at any second, and there is nothing more wasteful than restricting the ways it can find our heart. 1917 didn’t crack mine but its technical tour-de-force trip into the endless possibilities of unfiltered life gives me some hope that Mendes’ craft, however misguided, will inspire other film-makers to embrace this technique that has traded between classic Hollywood pics like The Stranger to comparatively cult one-inch barrier bastions like Mirror and Werckmeister Harmonies. It’s a sweeping statement no doubt tempered by money more than creative control, but if mainstream Western cinema’s grasp of the ‘long-take’ extended beyond showboating and into the realms of Andrei Tarkovsky and Theo Angelopoulos, we’d be blessed with new depths to language that has given us some of the greatest films ever made. Let’s hope the success of films like 1917 and Birdman brings us closer to that artistic sincerity, and don’t just reduce it to a selling point. 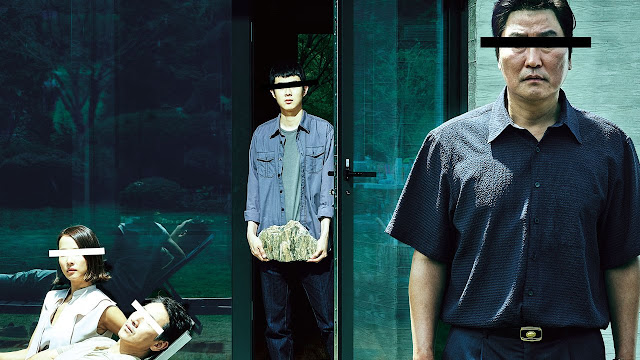 Parasite is a perfect introduction to world cinema with the wit and energy to capture even the most fanatic hater of “reading” at the movies. It dovetails between fluent calm and symphonic stylings that smack of a black-hearted The Rules of the Game: Dancing through dazzling sequences with less than half the humanity but enough mastery of modern movement to make even the simplest moments sing.

Writer/Director Bong Joon-Hoo stages minute trickeries like globe-spanning heists, ecstatic enough to infectiously enjoy his craft but deathly careful not to overindulge and ruin the magic. Indeed the kinetically tangible risk that shadows the family Parasite observes so gleefully is mirrored in its film-maker’s tightrope finesse: Electrifying the drama an extra inch the closer he comes to committing to either side of the precipice.

Ultimately I found the latter half of Parasite didn’t entrance me as fully as the former but its serrated smile of candid social commentary and devilishly modern humour maintain its momentum as well as anything released in the last five years. So confident is its director’s almost invisible touch, twirling through scenes with a rhythm so sleek it had me counting in my lap, that it made me want to go back and discover Hoo’s catalogue all over again. Almost entirely sublime. 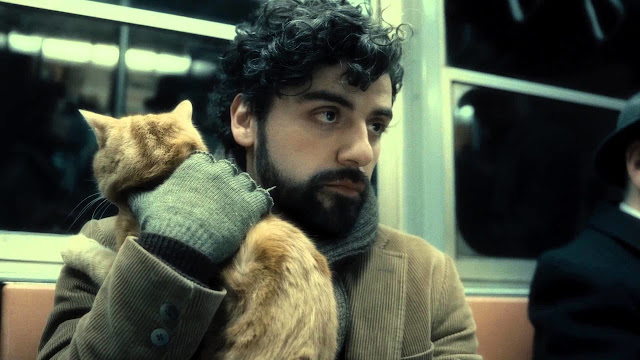 Every film I watched (or re-watched) this week. Suggestions greatly appreciated. 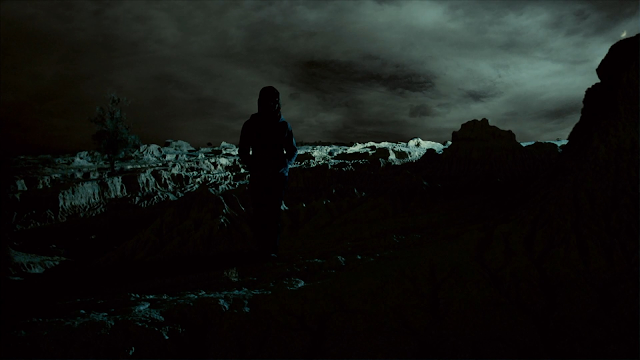 Director Joel Anderson surfs the razor’s edge of pretention and profundity, finding an ever-enigmatic home inbetween by slipping in the film’s seesaw mystery in a lockbox under every studied frame.

Each new question is teased to the cathartic cusp of an answer before being hidden away- and by confiding his terror in the accumulated unease of the entire picture, instead of a few infamous but short-lived scares, Lake Mungo’s enduring venom is sure to strike deeper and deeper with every tantalising watch. Patient design’s unholy partnership with the eldritch shadows under our skin 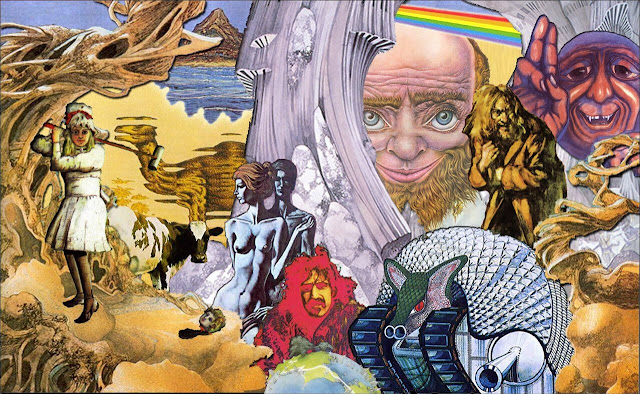 This isn’t a “most famous/acclaimed albums of the 1970s”, so skimming through with a checklist of live-or-die ‘essential’ classics in hand would miss the point of a personal perspective. Better to talk about the picks we both love than waste time throwing fits over an opinion you borrowed from Reddit or Rolling Stone.

What I think is the ‘best track’ on each album is hyperlinked in red to the song so you can listen as a taster :) CTRL+Click them into another tab. 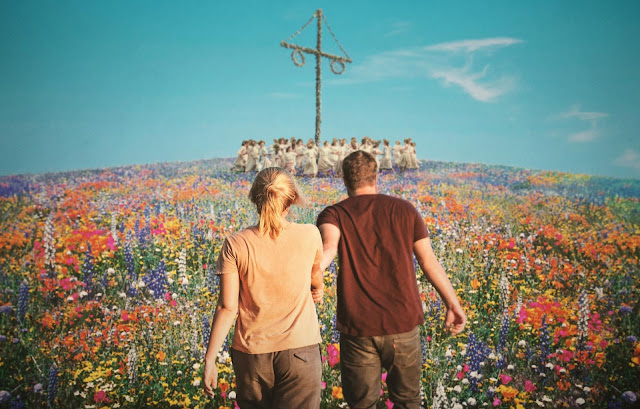 The tale of a grieving girl’s glacial descent into the ancient, arcane rituals of harmless old Sweden- Midsommar was a movie I rushed to see before it left theatres. The detestable stench of up-and-coming director Ari Aster’s indie darling Hereditary had bored me to headache-infused tears twice over with its monotone verbiage of horror cliché dressed up in an art-movie Halloween mask and finished off with a delightful course of Toni Colette’s ceaseless screaming… but his sophomore promised something different. I’m never someone who wishes a director whose work I’ve disliked to stop making films, in fact I encourage it almost as much as the ones I love because with every new movie there is the chance that everything will change- That lessons will be learned and out of nowhere a complete 180 would be drawn out of me. I’d have leapt at the chance to absolutely love Midsommar, but some things it seems are not (yet) meant to be. I don’t enjoy ‘picking on’ bad films but when a movie garners enough popularity or praise I feel rightly invited to the conversation. In spite of being increasingly alone in my repulsion to the sickeningly safe ‘horror’ films of Ari Aster I should at least start by saying I truly appreciate what he, and more importantly A24, are doing. Every picture this sophomore horror star brings under his belt could be a step further to a full-blooded genre classic and with each movie’s success comes more new blood into A24’s rapidly growing and infinitely alluring indie film-maker fold. So in spite of two film-making failures turned box-office successes I’m still hugely excited for Aster’s third movie, in whatever form it may take, for one thing because any new, exciting artist is worth watching because every step has the chance to land forward- and for another because the bar couldn’t possibly be set any lower.
Continue Reading...
Posted by Mark Woollon at 23:47 2 comments: